When most people think of holly, they think of a shrub with bright red berries and glossy evergreen foliage. Holly always has glossy evergreen leaves, right? Well, not always. Ilex verticillata, commonly known as winterberry holly, is a native shrub that loses its leaves each autumn. After the leaves have turned yellow and dropped, you are left with a breathtaking view of thousands of brightly colored berries clinging to every stem. What a joy to have such color in the middle of winter!

Winterberry holly is an amazing plant with a tremendous geographical range and a very diverse genetic expression. Native populations of Ilex verticillata stretch from Nova Scotia, south to Florida and west to Missouri. It can be found growing in low grounds, moist woods, swamps and occasionally in higher, drier soils. Though it is most commonly found in moist soils, it can also be grown quite successfully in average garden soils.

This is an easy plant to grow and it has few serious insect or disease problems. As for its genetic variation, this plant can range in heights from 3 feet to 15 feet in the wild. The width of the plant is also variable. In wet sites, it can sucker to form a dense spreading thicket. In drier soil, it tends to form a tighter clump.

Winterberry holly isn’t really grown for its flowers, though it does bloom. It has very small, inconspicuous white flowers, with male flowers and female flowers found in different individual plants. In autumn, female plants develop colorful berries where those tiny flowers bloomed. Its slender branches are draped with small but plentiful berries from base to tip. The berries remain on the plant for several weeks to months through winter, as the birds tend not to be interested in them until they have softened considerably. One male winterberry holly will pollinate up to five female plants; to ensure abundant fruit set, plant the male within about 50’/15.25m of the females.

The Berry Heavy® series of Ilex verticillata was selected for its extra-large, plentiful fruits which can be either red or gold, depending on which cultivar you choose. Mr. Poppins® is the male pollinator for this series. These are full-sized shrubs that stand 6-8 feet tall at maturity. For something in the 3-4 foot range, try the dwarf Little Goblin® series.

Homestead Gardens carries each of these varieties of Winterberry in all our nurseries. Learn more from our blog, and visit soon to choose the perfect plant for your yard. Let us know how we can help!

For complete details on growing and getting berries on winterberry holly, please see our Ultimate Guide to Winterberry Holly.

One male plant will pollinate up to 5 female plants; plant within 50′ of one another to assure good pollination.

Adaptable to wet soils, does well in light and heavy soils. First class pick for planting in saturated areas.

It is best to avoid pruning winterberry hollies, except to remove whole branches for cut flowers or other decorating. Regular  pruning or cutting back, however, will impact the number of flowers and the quantity of fruit that the plant sets. Little pruning should be required, though very old branches can be removed in early spring if they are no longer producing vigorous growth.

According to the Humane Society of America, ilex berries can be toxic to pets. This is means that the plants are generally identified as having the capability for producing a toxic reaction.

Shrubs for the Winter Garden

Plants that produce colorful berries in the fall can turn any landscape into a true sight of beauty. In fact, these plants often offer three season interest with pollinator attracting blooms in the spring, colorful fall foliage, then berries that provide food for wildlife all winter long. And don’t forget to use these colorful berries in flower arrangements, craft projects….the possibilities are endless! 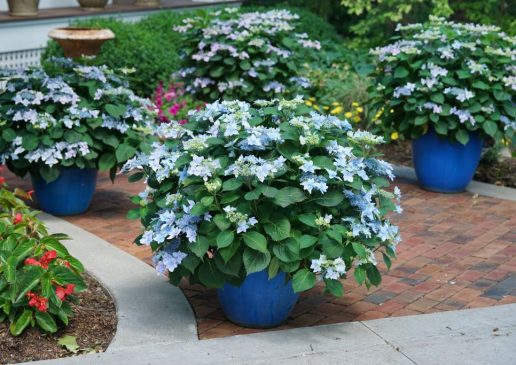 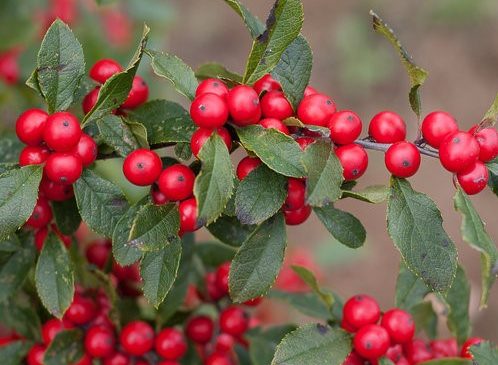 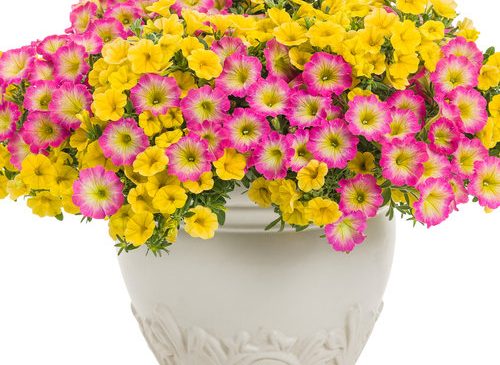 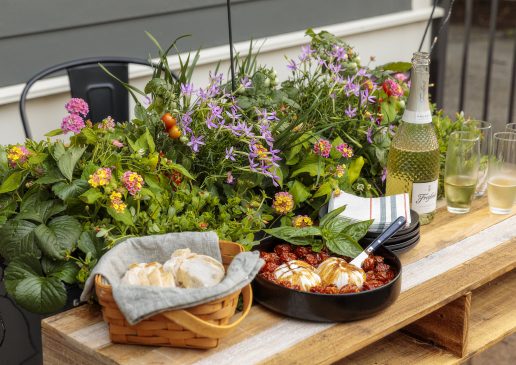 Why Grow Your Own? Learn how!