Plant of the Month: Winterberry Holly 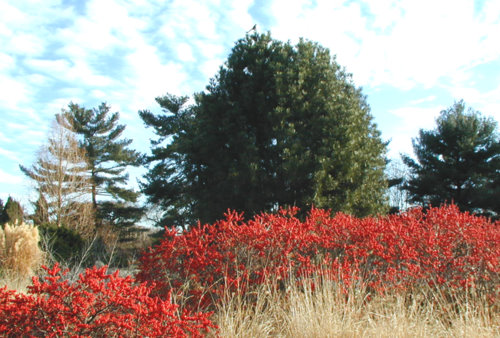 It may be January but winterberry hollies (Ilex verticillata) are still covered with berries and they’re the best-looking plant in many a Maryland garden.   Because they’re native to wetlands in Eastern North America we know they like wet soils, but does that mean they need supplemental watering? Here’s what Gene Sumi has to say about that:  “I know that they are tolerant of wet soils, but they are also tough enough to get by very well when soils dry out.  Supplemental watering would always be desirable in drought, but I believe it is not essential to keeping them alive, once they are well-established and well-acclimated to their location.  I have seen Ilex verticillata growing untended in the median strips of highways.  “