Perennials For Sun and Drought 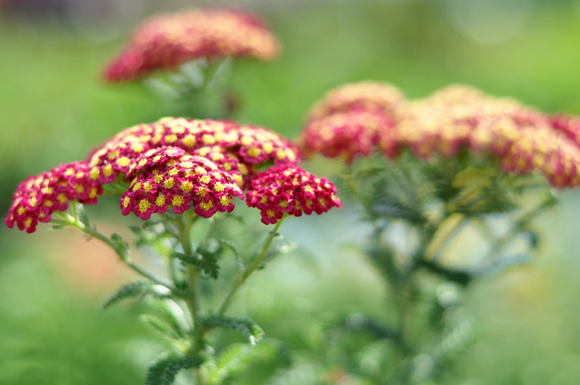 commonly known as Yarrow , comes in a variety of colors, including white, pink, orange and red.  Yarrow blooms make excellent cut flowers. If you want to keep your garden full of interest, texture and color, you can deadhead the blooms throughout the summer. An attractive, hardy perennial, yarrow can reach about 3 feet in height. Its aromatic, fine, feathery-cut leaves give the plant a soft, fern-like appearance. Yarrow attracts butterflies, bees and other insects, making it a nice addition to a pollinator garden. 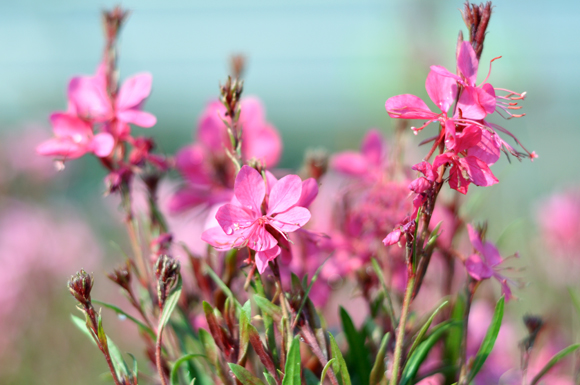 Native to the South Central U.S. and Mexico, Gaura is surprisingly hardy to Zone 6.  This sun-lover tolerates not just drought but heat extremely well, thanks to its long taproot.  Gaura’s blooms last for weeks, and can be cut it back to encourage reblooming. We love “Whirling Butterflies” – the blooms extend to the end of long branches that sway in the breeze, looking indeed like small butterflies. A tap rooted perennial, growing Gaura plants do not like to be moved from place to place, so plant them where you want them to remain for several years.

Daylilies come in thousands of varieties that can be mixed and matched or grown singly for a dramatic mass.  They require no more care than lifting the dead leaves in the fall after the first hard frost and dividing every few years when the clumps get thick and crowded. 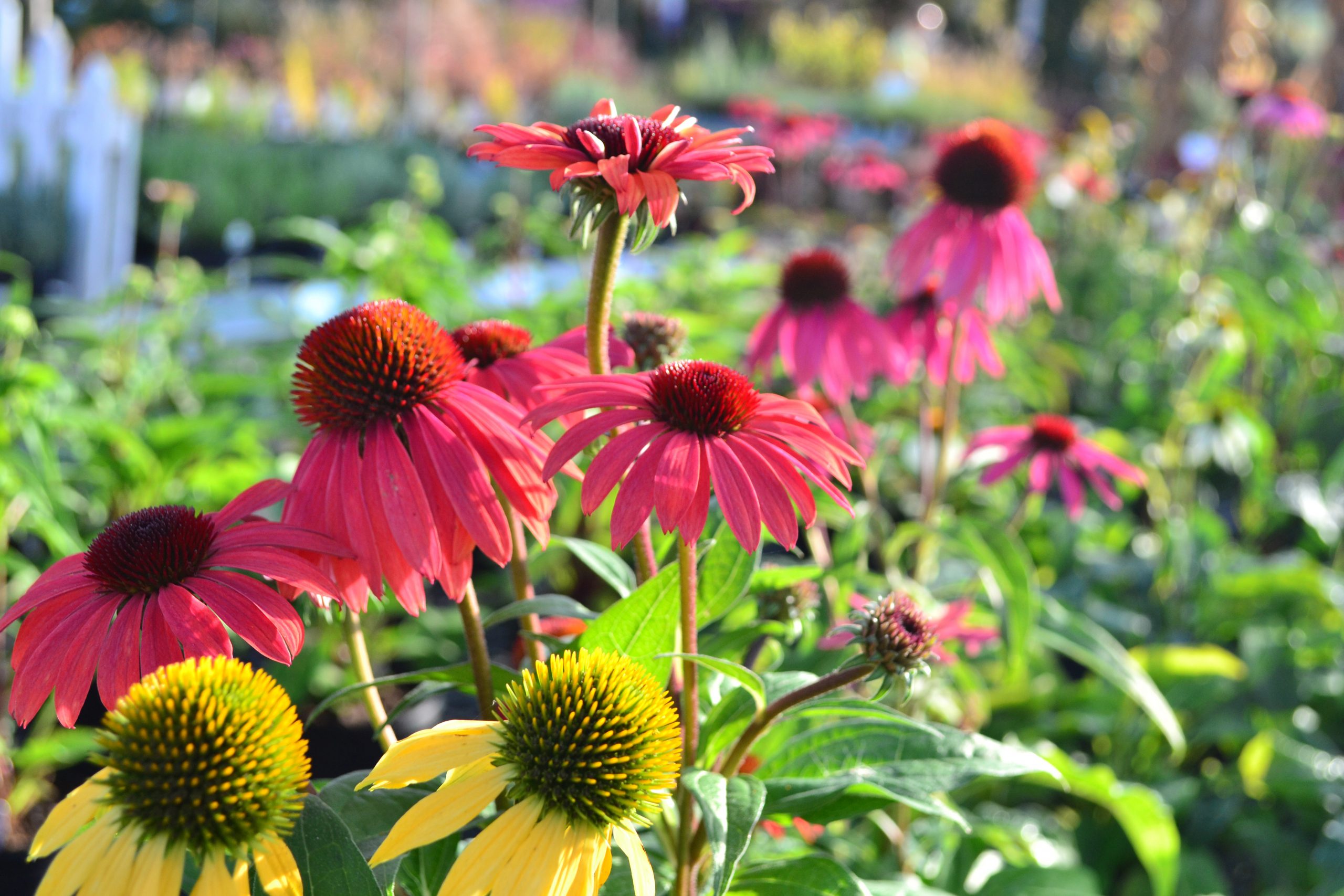 Purple Coneflowers (also called Echinacea) are American natives that seemingly appear in new colors and varieties every year. Coneflower are extra-special because they self-seed,  producing large sweeps of plants or extras to give away.  Be sure to leave seedheads up for the winter because they’re great for attracting goldfinches.   Fun fact: the genus name of purple coneflower comes from the Greek word echino, meaning hedgehog, which refers to its spiny brown central cone.

Salvias are happiest in full sun.  They’re only 2-3 tall and wide and won’t spread thuggishly throughout the border.  Their peak bloom time is Spring, but they will bloom again if spent flowers are removed.  The National Arboretum’s Scott Aker suggests interplanting early bloomers like ‘May Night’ with a late-bloomer like Salvia chamaedryoides.

Salvia attract the wildlife we love – butterflies and hummingbirds – while repelling deer and rabbits. 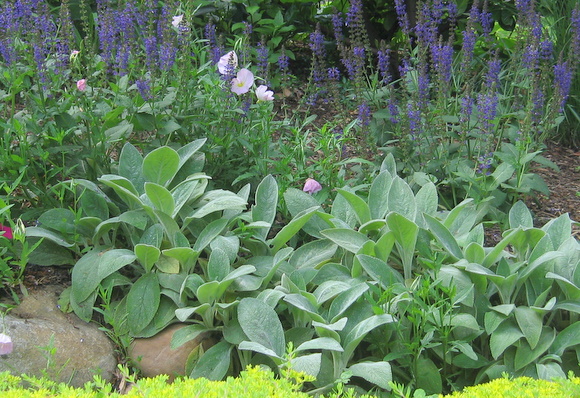 One of my favorite groundcovers for sunny spots, Lamb’s Ears are tough and their silver, (mostly) evergreen leaves make this plant a focal point at the front of the border. The popular variety ‘Helene von Stein’ has foliage that holds up extremely well into late summer and fall.  Many gardeners remove this plant’s spike-shaped blooms because it helps keep the foliage looking great all season.   Lamb’s Ears require sun, at least half a day of it.

Care of Lamb’s Ears involves minimal watering and removing any rotted foliage, especially in late winter.  Notice in the photo right how great it can look as late as December!  However, after being covered with snow for extended periods, the leaves do look worse for wear – rotted – but are easily removed, often by simply picking them up. 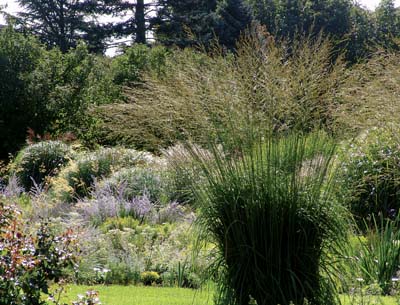 Other Perennials that love the Heat!