He was born in 1948 to the late Don E. Riddle, Sr. and Evelyn Riddle and grew up in Hyattsville, Md. Don graduated from Northwestern High School in 1966. Following high school, he enlisted in the U.S. Navy.

Upon his return from military service, Don attended the University of Maryland and pursued a career in horticulture. His studies and a long-standing family tradition of truck gardening were to become the inspiration for Homestead Gardens. With the support of his parents, the business was founded in the back yard of the Riddle family home in Hyattsville.

The business expanded rapidly, and in 1973, Homestead Gardens incorporated and moved to its present location in pastoral Davidsonville, MD. 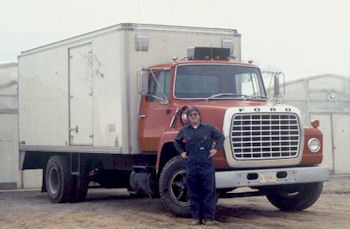 Retail greenhouses and pavilions were built during the late 1970s, and the Greenhouse Production Division was conceived during the same period to supply the retail store as well as to sell wholesale plants to businesses, organizations and churches throughout the Metro D.C. area.

Don continued to expand the company to include two more divisions. The Homestead Gardens Landscape Services Division was established in 1980, and in 1985, the company purchased additional land to introduce the Wholesale Production Division for selling supplies to independent landscape contractors and to supply Homestead Gardens’ retail store with the bulk of its annuals, perennials, and nursery stock.

Over the years, Don sought opportunities to give back to the community that supported him. He has kept Homestead Gardens at the forefront of philanthropic activities within the community.

Don enjoyed all aspects of life and found pleasure spending time on the water, crabbing and boating. Interests also include beekeeping, traveling and gardening.

He was actively involved with the boards of the Maryland Nurserymen’s Association and ECGC Distributors, a group consisting of the finest independent garden centers in the country. Don served as one of the six board members of Garden Centers of America, a nationwide organization of garden centers, of which he was president in 2001. He was Lt. Governor from the State of Maryland to the American Nursery and Landscape Association, and was vice president of American Horticulture Society

In 1990, Don served as chairman of the successful Robert Neall Campaign for County Executive, followed by two years as a board member for the Anne Arundel Trade Council. Don was also a board member for the American Lung Association for the state of Maryland and Commerce First Bank. He was actively involved in the Annapolis Business Association, London Town Historic Society, and several other local non-profit organizations.

Recent achievements over the past decade include designation as the Official Gardener of Camden Yards, the home of the Baltimore Orioles, and the introduction of hanging baskets and container gardens to the Historic District of Annapolis as part of a master beautification program.

Don was preceded in death by two infant daughters and his father, Don Riddle, Sr., who was a driving force behind the success of Homestead Gardens. Don is survived by his wife, Laura, son, Brian of New Jersey, and daughter, Quinn, his mother, Evelyn of Hyattsville, brother Gerald of White Post, Va., and grandchildren Bailey & Bryce.